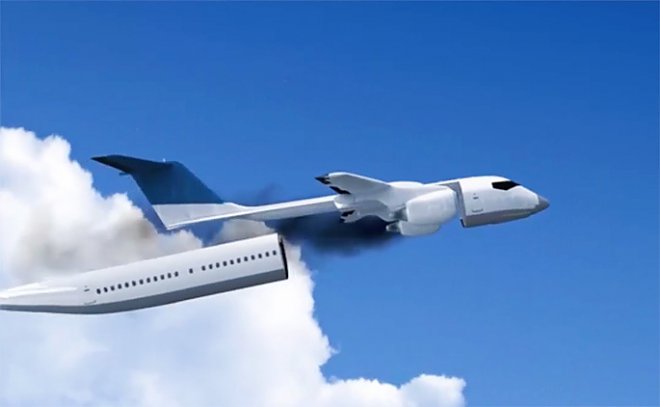 Unfortunately, in the case of severe air incidents, the chances of rescuing passengers are very small. Engineer Vladimir Tatarenko proposed the original concept of a passenger liner with a detachable cabin, which is undocked in emergency situations and lands with parachutes.

At the time of landing, the parachutes will insure special rubber cushioning tubes and inflatable cushions in case of splashdown. In the design of the liner, Tatarenko proposes the use of modern strong lightweight materials – Kevlar and carbon composites, which will compensate for the significant weight of the parachute system. The luggage will be at the bottom of the cabin. 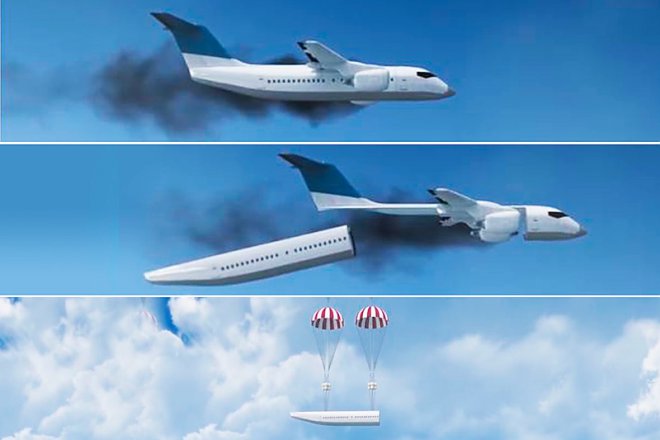 Naturally, there were skeptical assessments that have the right to exist. It is unlikely that the system will work in the event of a collision between a separated cab with a mountain or a building. It is also not entirely clear how the crew will be saved. According to experts, such a concept sharply weakens the strength of the airframe because of the large number of connectors and fittings. In addition, the system is completely defenseless in the event of an internal detonation or a missile attack.

Vladimir Tatarenko has been working on this project for the last three years exclusively on his own initiative. In his opinion, aviation specialists around the world are focused on improving the technical component of security systems (glider, engines, avionics), while completely ignoring the human factor.

A survey conducted on the initiative of the author of the invention showed that 95% of potential passengers are ready to fly on such an airplane, even despite the higher price of the ticket.

The scientist suggested using amber as an additive to fuel