Researchers at the National Snow and Ice Data Center at the University of Colorado (Boulder) have uncovered new mechanisms for the formation of areas with very low temperatures in Antarctica. All of them are located on the East Antarctic plateau, they are of small size and form in the form of spots. And as for the cold, the temperature inside the spots drops to a record -94 … -98 ° C.

The previous officially registered record of the lowest temperature on Earth in natural conditions is -89 ° C, it was installed at a Soviet station in 1983. Thirty years later, satellite instruments found areas in Antarctica where the temperature had to drop below 90 degrees below zero. A large-scale study was launched, during which they studied data from NASA’s Terra and Aqua satellites, as well as NOAA satellite groups for 2004-2016. The result was a new cold record: -98 ° C.

All spots with a record cold temperature are located on the East Antarctic plateau, haphazardly and at different distances from each other. These are small depressions, landslides and other depressions in the ice shield, where, in windless weather, heavy cold air settles down and can stand there for several days, cooling even more. In the local atmosphere, a minimum of moisture, and heat dissipates very quickly from the surface of the snow. The lowest temperatures were recorded in spots where the microclimate proved to be the most stable.

The measurements were made remotely from satellites, while the temperature of the upper layer of snow was not measured at the surface of the earth, as expected; If we apply the known regularities and coefficients, we get the calculated air temperature around -94 ° C, which is also a new record. For the final solution of the problem, it is planned to organize a ground expedition in the next few years, which will study the nature of these cold Antarctic spots. 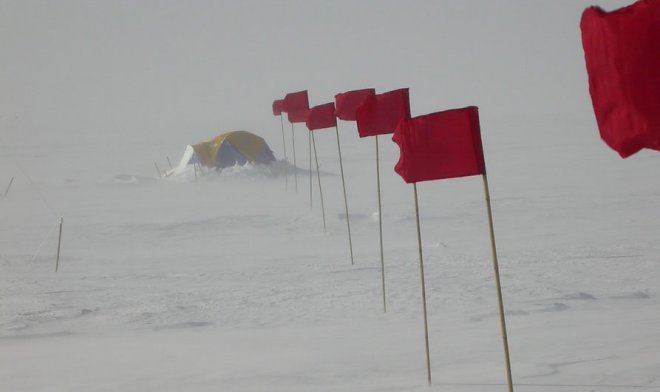 German researchers have proven that coffee can restore cardiac muscles