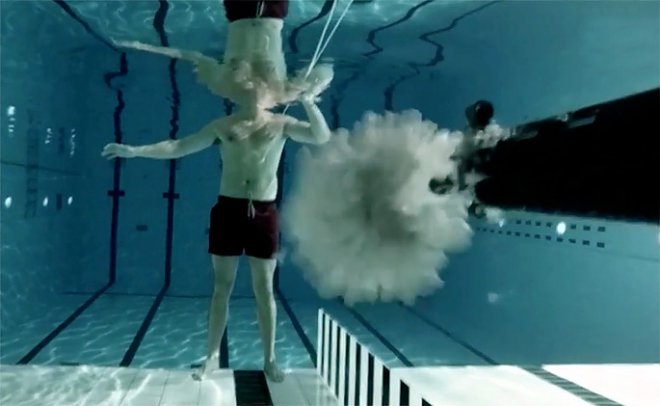 Andreas Val is not an ordinary physicist. Instead of publishing lectures and lecturing, he confirms the laws of physics in the most extreme ways. In his last video shot in Norway, the scientist shot into his own stomach.

Of course, Andreas remained alive. The point is that the shot was made under water. Water has a much higher density than air, which means that a bullet fired at a speed that would be deadly in the air almost instantly stopped in the water.

This is not the first stunt on the account of Andreas Val. He was already falling from a 20-meter height and overcoming a giant fire to confirm the centrifugal force and evaporation, respectively. We expect from the scientist the same spectacular stunt in which he will confirm that the Earth is round.