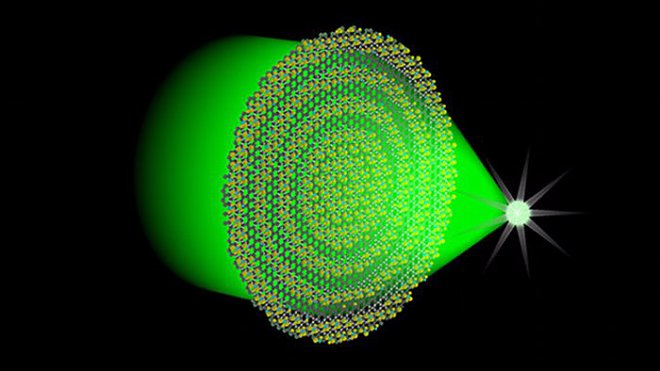 With the improvement of photonic chips and nanooptics, it became necessary to create appropriate microlenses, since their glass “ancestors” are not suitable for this role. And as it was already many times, graphene came to the rescue.

A team of researchers at the University of Technology of Swinburne developed a microlensa based on graphene one billionth of a meter thick, which allowed them to get a clear image of objects the size of a bacterium. The invention opens great prospects for the improvement of mobile phones, nanosatellites and computers.

One of the key problems of all optical microscopes is the diffraction limit, that is, the theoretical resolution limit of a particular lens. Attempts to solve it with the help of interferometry, holography, lasers and electrons proved to be ineffective. Success came only as a result of the creation of ultra-thin lenses based on graphene.

The breakthrough was achieved thanks to the efforts of the graduate student Xiaorui Zheng, who formed an ultra-thin lens based on graphene oxide, which is 300 times thinner than a sheet of paper and weighs only 1 microgram. With its help you can observe objects measuring 200 nanometers, including in the near infrared region.

Robots and artificial intelligence will take 5 million jobs from people

Topchair-S wheelchair was taught to use stairs