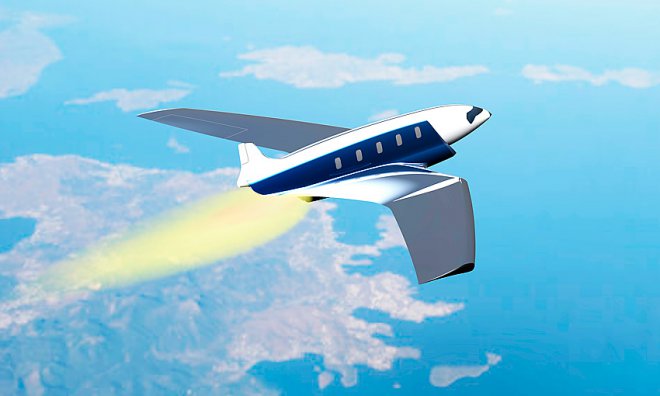 Famous engineer and designer Charles Bombardier developed the concept of a radically fast Antipode, capable of reaching a speed of 24 Mach (28800 km / h). This will cover the distance from New York to London in 11 minutes.

Not so long ago, a Canadian engineer drew public attention to another original concept of a super-high-speed passenger liner called Skreemr, which developed speeds of up to 10 Mach (12349 km / h).

According to the idea of ​​the creator, the plane had to take off using a railgun , which creates a powerful initial acceleration. Already in the air, liquid rocket engines are launched, which will maintain the speed achieved during the entire flight. 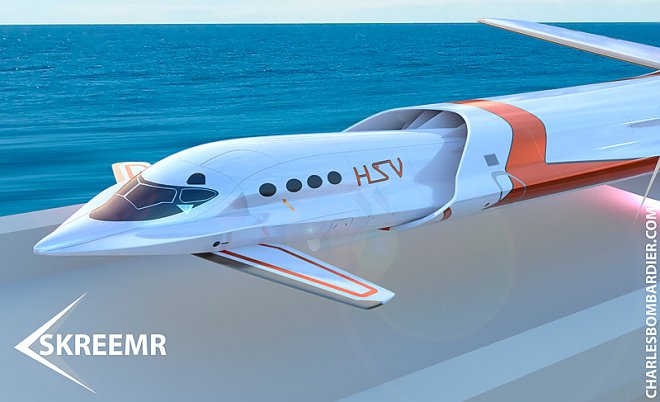 However, there were two serious problems – a powerful sound wave, as well as overheating of the wings and nose of the hull. Charles Bombardier turned to the engineer Josef Hazeltine for help, who suggested using an aerodynamic phenomenon called “long-penetration regime” to overcome them. As a result, a new Antipode concept was born.

Unlike Skreemr, the new Antipode can take off from a conventional airfield, using reusable rocket boosters attached to the wings. With their help, the liner will rise to a height of over 12,000 meters and gain a speed of 5 Mach (more than 6000 km / h). The spent accelerators are disconnected and returned to the airfield, similar to the New Shepard rocket . After that, the on-board computer starts a hypersonic jet engine, accelerating the Antipode to 24 Mach. 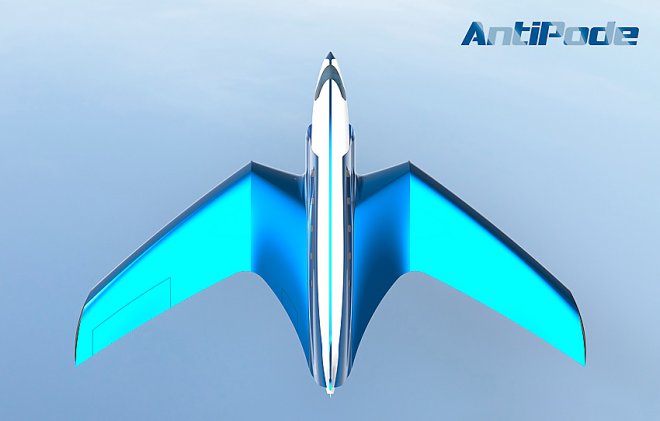 What is the long-penetration regime? To cool the hull and reduce the shock wave level, it is assumed to use an air jet that enters the nozzle in the bow at supersonic speed. The leading edge of the wings can also be equipped with linear nozzles. Thus, all surfaces subject to overheating can be cooled to a safe level.

Wings provide the liner with sufficient lifting power to take off from a strip of length of 1830 meters. According to the developer of the concept, the cost of Antipode will be about $ 150 million per aircraft. All the necessary technologies for its creation already exist.

Impact of Brexit on Businesses in the UK

The US lost a record number of drones