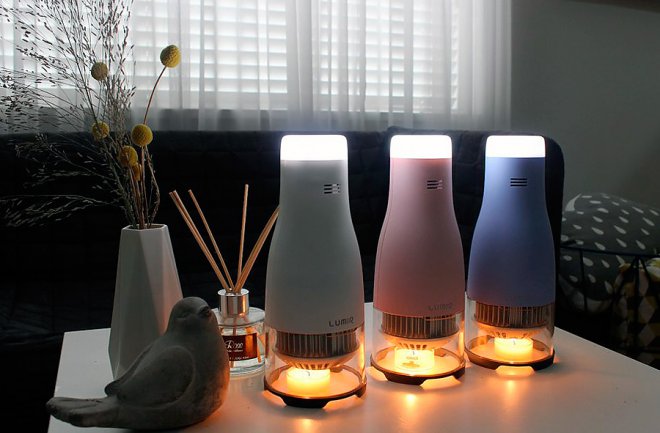 LED lighting has become a part of our life due to the low cost of manufacture and unique energy efficiency. Manufacturers supplement the fixtures with all the new features – sensors, wireless communication, mechanisms for adjusting the intensity of lighting and even built-in speakers. However, the developers of the LED lamp Lumir-C went even further.

They “saved” the lamp from traditional sources of energy – the network and batteries. All this will replace the ordinary candle, which makes Lumir-C irreplaceable in emergencies and in places where electricity is considered a luxury.

To generate energy, Lumir-C uses the same principle as a flashlight without a Lumen battery- the thermoelectric effect. In this case, it occurs when a small candle burns. The resulting temperature difference creates an electrical voltage without any mechanisms. If an ordinary candle gives illumination of 15 lumens, then with the help of Lumir-C this indicator can be increased to 60 lumens. 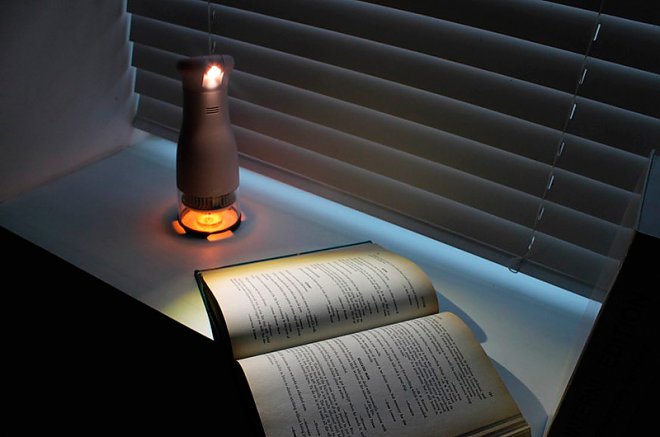 The size of Lumir-C is commensurate with a bottle of water, and in appearance it looks like a lighthouse. Legs at the base of the lamp are spaced for proper airflow to the burning candle. Transparent body protects the flame from the wind and does not interfere with light. A radiator is located above the candle, where heat is collected and, thanks to the thermoelectric module, converted into electricity.

Russian physicists have learned to make ultra-precise nanogravure on glass