The results of the research of the employees of the California Institute of Technology Mike Brown and Konstantin Batygin, published in The Astronomical Journal, made a sensation not only among the astronomical community. According to the calculations of scientists, in the so-called Kuiper belt there must be one more, the ninth planet of the Solar system, conditionally called Planet X.

It is still too early to talk about a full-fledged discovery, for it, using scientific terminology, is made “at the tip of the pen,” that is, by the method of complex mathematical calculations. Planet X has not yet been recorded by any telescope, however, something about it is already known. It is located on the very outskirts of the solar system, about 11 billion kilometers from the Sun and has a mass of about 10 times the Earth. 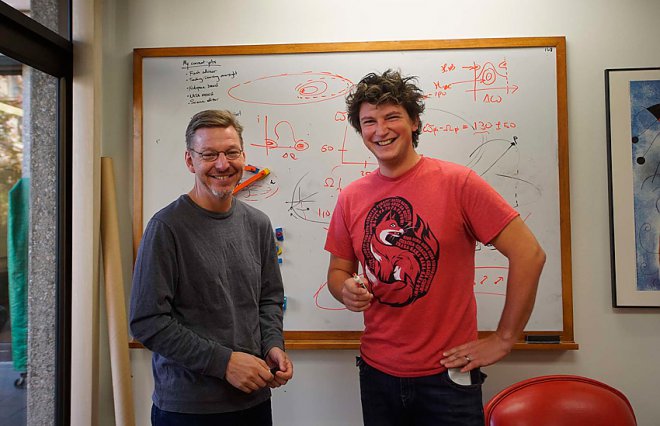 The existence of the planet became known from the impact of an unknown source of gravitation on the orbits of 6 distant dwarf planets in the Kuiper belt. As a result of the mathematical modeling it was established that this is a fairly large planet, which in its composition presumably resembles Uranus or Neptune.

His complicated “paper” calculations Brown and Batygin were supported by calculations made on the supercomputer of the California Institute of Technology – CITerra. 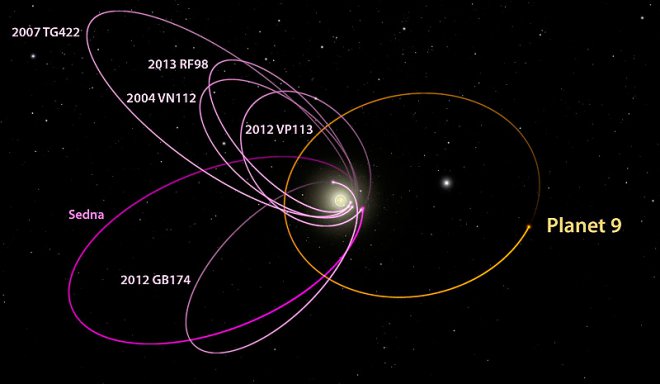 According to scientists, for visual detection of the Planet, at least one of the world’s most powerful telescopes, Subaru 8.2, will be needed, which is located on Mount Mauna Kea in Hawaii. Another option to see it personally is to send a spacecraft like New Horizons there, but taking into account the giant distances of billions of kilometers, the results will have to wait many years.

The discovery of the planet at the “tip of the pen” has already taken place in history. So in 1846 French astronomer Urban Leverrier, using a mathematical model, predicted the existence of Neptune.