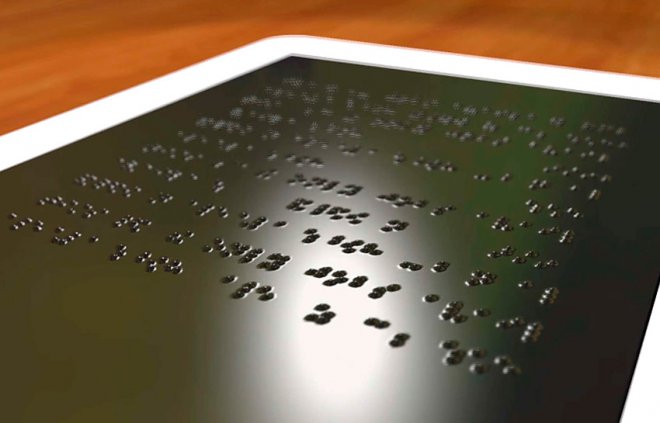 One of the drawbacks of all modern screens of computers, tablets, smartphones and televisions is the inability to use them with visually impaired people and completely blind. The team of scientists at the University of Michigan took a big step in solving this problem. Now they are creating a touchpad that combines modern computer technology with Braille technology.

In the 19th century, Louis Braille developed a text messaging system using convex points on a flat surface. In his opinion, this could help the soldiers on the front line to read the messages in total darkness, without giving out their whereabouts. However, in the army Braille technique did not take root, but thanks to it, blind and visually impaired people around the world had the opportunity to read.

Currently, there are devices that convert screen text to Braille, but they are very expensive and can only reproduce one line, like a special South Korean watch. And what about when it comes to an article or an entire book?

Professor of the University of Michigan Sile O’Modhraine together with his colleagues Brent Gilspie and Alexander Russomano are working on the creation of a pneumatic system that uses the technology of controlling microscopic quantities of liquid or gas (microfluidics) to fill or pump bubbles off the screen of the tablet. A team of researchers from Michigan intends to complete its work within two years. 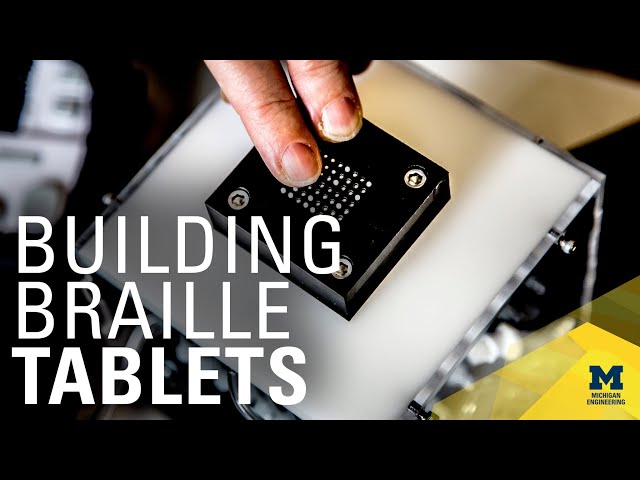